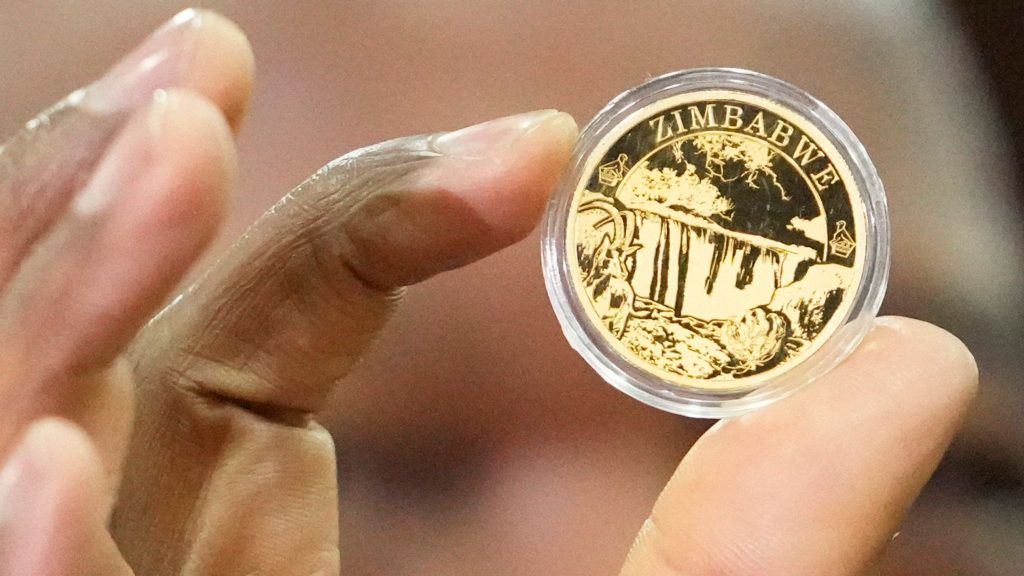 Zimbabwe has started selling gold coins to the general population in an effort to contain an inflationary surge that has weakened the nation’s volatile currency. The National Bank of Zimbabwe, the nation’s central bank, announced on Monday and sent 2,000 coins to private banks.

The central bank stated in its announcement that the coins, called Mosi-oa-Tunya, which in Tonga is a reference to Victoria Falls, “will have liquid asset status,” which means they “will be able to be easily turned into cash and will be exchangeable locally and internationally,” and that they “may also be used for monetary purposes.” After 6 months from the date of purchase, holders can only exchange them for cash.

According to the announcement, people or organizations could purchase them from authorized retailers like banks and retain them there or take them home. Foreigners may use only foreign currency to purchase coins.

According to John Mangudya, the Reserve Bank of Zimbabwe governor, the initial batch was produced outside the nation, but that local production will soon take control. He noted that the 22-carat coins could be used as collateral for loans and banking services as well as for purchases in stores, depending on whether the store has adequate change.

Their cost will be set by the price of a gram of gold on the world market plus 5% for coin production expenses. One Mosi oa Tunya was priced at $1,824 (USD/Oz) at the time of commencement on Monday. After seeing their assets destroyed by hyperinflation in 2008, residents in Zimbabwe have little faith in the country’s currency. Inflation increased sharply from 132% in May to 191.6 percent in June.

Economist Victor Bhoroma, who is based in Harare, told Al Jazeera that gold coins are a smart concept for storing value. However, they are most likely to be valued in US dollars, indicating that the central bank is using this as a fundraising ploy to obtain USD from the market. Thus, the success will depend on public trust in the central bank’s ability to sell coins and back them with promises.