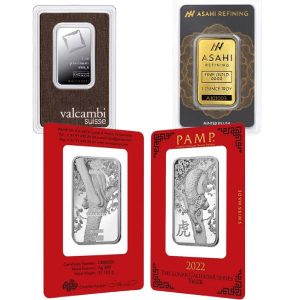 What are Precious Metals?

Rare and chemically inert metals are called precious metals. They have great market value since they are scarce. Numerous applications call for the usage of precious metals, including jewelry, technology, and industry.

Gold, silver, platinum, and palladium are the four major precious metals. Silver is also considered a valuable metal. There are a variety of typical alloying elements that, depending on the application, may be combined with the primary precious metals to enhance the qualities of the final product. Other interesting components may be found in jewelry or accessories made from non-precious metals as well.

Multiple lists of “noble metals” exist. These metals are Ru, Pd, Ag, AgOs, Ag, Os, Ruthenium, Osmium, Gold, platinum, and iridium. Mercury may be found in lists of noble metals. Other classification systems recognize rhenium as a precious metal. Interestingly, not all metals that are resistant to corrosion are classified as noble metals. Titanium, niobium, and tantalum, for example, have high corrosion resistance but are not noble metals. Although noble metals in general have a low sensitivity to acid, this property is not universal. The acid solution, aqua regia, dissolves platinum, gold, and mercury but not iridium or silver. Both palladium and silver can be dissolved by nitrate. All acids, including aqua regia, are ineffective against niobium and tantalum.

Link between Precious and Nobel Metal

Gold, silver, platinum, palladium, and rhodium are all valuable metals, but not all noble metals are. Some of them don’t get as much action as others, but they are still valuable metals and are traded for that reason. In addition, scarcity has a role. It was a major factor in the production of aluminum (and one of the main reasons its value fell so severely after a reliable process for extracting it from bauxite was invented). Generally speaking, noble metals are rather rare. The value of the metal is affected by more than just its scarcity. Platinum is indeed rarer than Gold.

Industrial use of Precious Metal

Because of the one-of-a-kind qualities they possess, precious metals have quickly become an essential component of everyday life. Gold and silver, being two of the most well-known precious metals, are used in a wide variety of industrial settings. More so than gold, silver has undergone tremendous developments that have been sparked by the industrial applications of silver, most notably photography. Even though digital technology is rendering traditional photography obsolete, considerable quantities of silver are still used in the photographic business, even though this usage is gradually diminishing over time. However, demand is increasing in new fields, particularly solar cells and silver monoxide, which are both utilized in the production of batteries for mobile devices such as phones and laptops.

Because of its high conductivity and its corrosion resistance, gold is often utilized in the production of electronic components. Some new markets, such as those for chemical catalysts and pharmaceutical medications, have also surfaced; however, the quantities involved are so little that they are unable to have an effect. In today’s market, industrial usage accounts for 10% of gold’s overall consumption. Jewelry and investment demand will always have an impact on the price of gold and the market for precious metals.

The automobile sector is the primary driver of demand for platinum group metals, even though these metals have found usage in a variety of other industries. These days, most automobiles are outfitted with a plethora of different electrical devices. Even though each vehicle only contains a few grams of these metals, sales volumes are significant, which means that considerable quantities are needed in the manufacturing process. This is the case even though each car only carries a few grams of these metals. Among its many other uses, platinum may be found in the crucible, pointed tongs, and evaporating dishes.